The Washington region is home to the largest concentration of Ethiopians outside of Africa. Ethiopians in D.C. began opening shops and restaurants in Adams Morgan and Columbia Heights and, when rents got too expensive, the Shaw area. Today the largest concentration of Ethiopian businesses is in Silver Spring, Maryland, and to a lesser extent, Alexandria, Virginia.
But when did they get here? And how did Washington become home to “Little Ethiopia” and “Little Eritrea?” That was the question listener Ben Weingrod asked as part of WAMU 88.5’s What’s With Washington project.
In a way, the answer for the first wave of emigres starts with Detroit.

The first time Tebabu Assefa heard the smooth sounds of American R&B, he was a world and a lifetime away. Over coffee at his Takoma Park home, Assefa reminisces about the longstanding fascination Ethiopians have had with American culture.
“We grew up with Motown,” Assefa says. As a young man in Ethiopia’s capital, Addis Ababa, the sights and sounds of America were everywhere. “I would walk down to the American information library to glance at Ebony and all those magazines,” he says. “We were immersed in the American culture. The American culture had captivated us, especially the youth.”

Indeed, the Ethiopian-American relationship dates back long before Motown. In the ’50s, Emperor Haile Selassie was the first Ethiopian emperor to visit the White House, where he met with President Dwight Eisenhower. In October of 1963, Selassi returned to get to know John F. Kennedy. Less than two months later, Selassie was the only African head-of-state to attend JFK’s funeral.
“Kennedy’s picture and Martin Luther King’s picture was common in many houses in Ethiopia,” Assefa says. “So we had that kind of fascination with America. I tasted my first hamburger cooked by a Peace Corps guy who came to my neighborhood. Peace Corps left a very, very strong impression.”

From students to exiles

With such a longstanding relationship and fascination with American culture, it was a natural fit for Ethiopians who wanted to study abroad. Getachew Metaferia, professor of political science at Morgan State University, says many Ethiopians were drawn to D.C. There was an influx of students throughout the 1950s and ’60s.
“The embassy’s here, so they feel that they are home,” Metaferia says. “The other attraction is the existence of university, specifically Howard University. And in addition, Washington, D.C. is majority black — it used to be majority black — so they never faced the racism; they feel that they are home.”
But while many Ethiopians came to study, most never intended to stay in the U.S.
“Oh, not at all,” says Metaferia. “At that time, Ethiopians wanted to get the knowledge and go back to Ethiopia and help in building the nation. They don’t stay for the graduation day; they don’t want to March; they simply leave for their country, and their diplomas were sent to them through the Ethiopian Embassy.”
That’s the story for a lot of older Ethiopians in D.C., including Dr. Metaferia, who came to the U.S. as a student in 1973. One year later, everything changed.
“Although I planned to return back, the 1974 revolution took place, followed by human rights abuses — killing right and left. So I wanted to stay here until the situation improves, but that didn’t happen.” 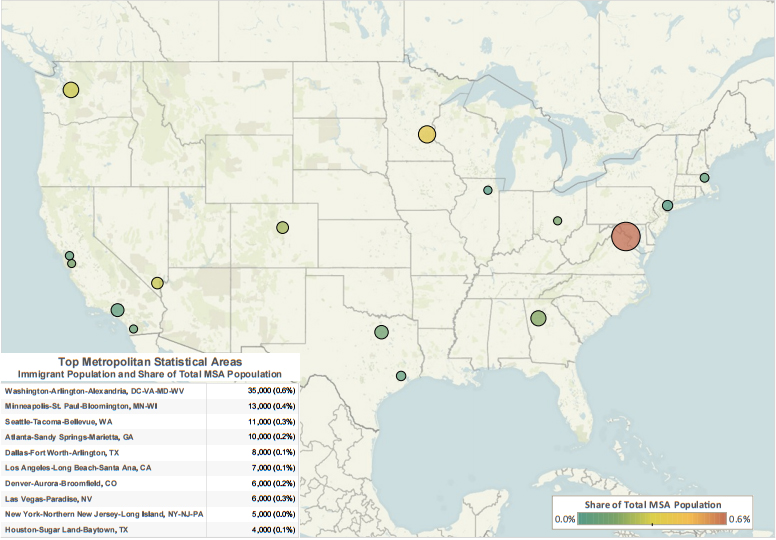 Ethiopian military forces had taken control of the government. In the ensuing civil war, Ethiopian emigration skyrocketed. The U.S. government put policies in place to make to make it easier for them to come to America — such as the Refugee Act of 1980, which increased the cap on number of refugees that could be let into the country, and the Diversity Visa Act of 1990, which encouraged immigration of citizens from underrepresented countries like Ethiopia.
While Ethiopians initially settled in different parts of the country, many of them found themselves drawn to D.C.
“To the Ethiopians, the capital of the country was far more important than, say, New York,” says professor Elizabeth Chacko of George Washington University, who studies the connections between immigrants and their home countries. “They already had a cluster here from the students, the diplomats, the urban professionals. And this formed the beginning of a group of the Ethiopian community in the Washington area.”

‘D.C. was always our capital’

It’s important to note that what caused the initial influx is different than what continues to drive the Ethiopian ‘exodus,'” Assefa says.
“I’ve been coming to D.C. since I was a baby,” says Semhar Araia, a foreign policy analyst and Eritrean-American activist. Araia came “for demonstrations, for community meetings, for the Eritrean independence movement,” she says. “D.C. was always our capital.”
Araia’s parents came from Eritrea, a separate country that has a complicated history with Ethiopia. When Ethiopia annexed Eritrea, it sparked a war for independence that lasted decades. Araia was born in New York City, but she has long identified with Washington. With so many Ethiopians and Eritreans now in Washington, she says, it’s easy to feel like she belongs here.
“For black immigrants and their children and their families — that’s something we long for: the feeling of belonging,” she says.
The community in D.C. provides a strong support system for other Ethiopians,” says Menna Demessie, a researcher with the Congressional Black Caucus Foundation. Ethiopians in D.C. look out for each other, she says.
“I’ve gotten several free taxi rides to the White House for meetings, just because taxi drivers were proud that I was a proud Ethiopian-American trying to make a difference,” Demessie says. 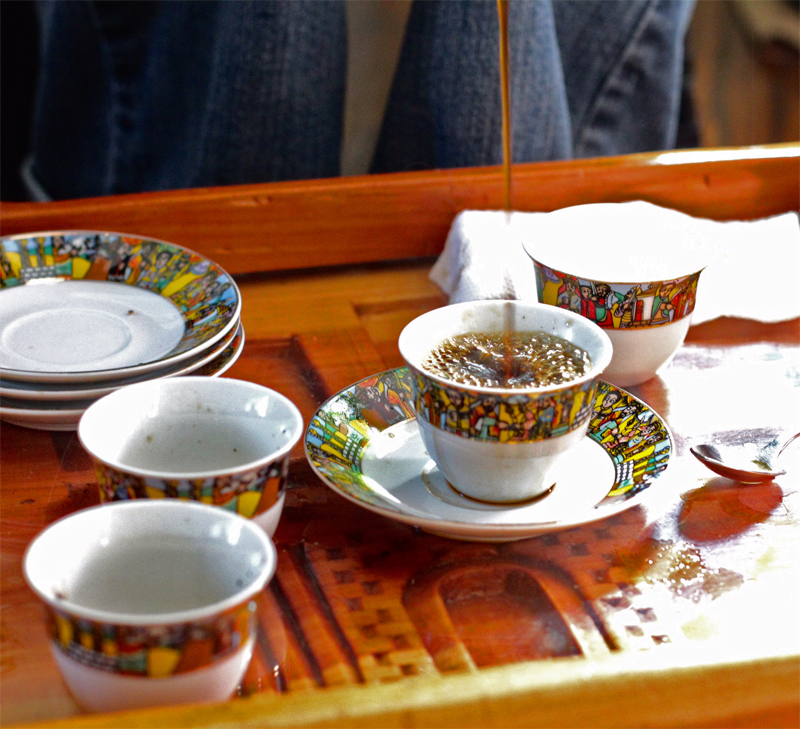 The coffee ceremony is a distinct part of Ethiopian and Eritrean culture. (Matthew Schwartz)

At his home in Takoma Park, Blessed Coffee’s Tebabu Assefa describes the importance of the Ethiopian coffee ceremony. As his wife Sara roasts coffee beans in the middle of their living room, Assefa explains that this ritual is the “heartbeat” of the Ethiopian people. “It’s a ritual that has been practiced for thousands and thousands of years.”
As the smell of roasted beans mixes with incense, Assefa explains that to understand why Ethiopians keep flocking to Washington, you really have to understand the importance of community to the Ethiopian people. During the ceremony, Assefa says, time is “arrested.” Stories are told, ideas are shared, dreams are translated by the elders.
“My identity, my well-being, it’s not complete unless I have my community, unless I have my friends,” Assefa says. “That is very, very profound in the Ethiopian psyche. It has been transferred from one generation to another, it has sustained all aspects of social engagement.”
Talking with Assefa, one starts to get an idea of what it’s like to be part of a community where this isn’t just a rare occurrence; where it’s no surprise that Dr. Demessie gets free taxi rides to the White House; where this happens every day. Where doors are always open, and where everyone really looks out for one another.
“In all aspects of Ethiopian psyche — spiritual, social, to cultural — that community element is needed to sustain life.”
That, Assefa says, is why so many Ethiopians have come to D.C.
Source: wamu.org