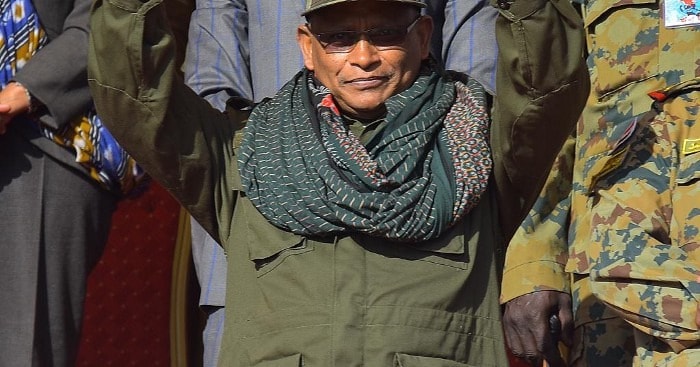 Today, there are news websites full of Debretsion Gebremichael’s statement from an audio recording — even without confirmation whether he’s still alive or when it was made — and I feel I have to say something.

That’s because I’ve seen even intelligent, reasonable people with good intentions and hearts sharing and retweeting this thing and passing it along, without thinking it through. And it is revolting to me that the headlines of the big media are “‘Genocidal war’ waged in Ethiopia region, says ex-leader” [BBC] and that he “vows extended resistance.” [Reuters]

Once again, despite the complexities of the situation, the TPLF is unfortunately still winning the PR war. No wonder that many Ethiopians, both at home and in the diaspora communities of Europe and North America, are disgusted.

Let’s work on the good faith assumption that the English translation offered here of Debretsion’s statement is accurate and fair. To no one’s real surprise, Kjetil Tronvoll, “an expert on the TPLF with contacts deep within the party,” [wow, that’s an interesting way to euphemize what’s he done] gave a tepid authentication.

Here’s part of the statement: “You are facing daily horrors, including starvation, the merciless killings of your children, displacement, destruction of property and possessions…” And so on.

Let’s entertain for a moment that some of these horrors, which are tragic staples of all wars, are true. There is still much about the situation all of us — and I do mean all — do not know and can’t possibly know until the conflict is well over. According to Debretsion, darkness is allegedly falling on the youth of Tigray, but he then demands, “I call upon you all to join the struggle.”

He goes on. Allegedly, “the enemies are committing unspeakable atrocities upon” the women of Tigray, but he wants them “to send your sons and daughters to join the struggle.”

This is despicable. His supposedly “battle-hardened” conventional forces were pummeled in two short months, and in a last desperate bid to keep the fight going, he will throw civilians against the military tide.

This is not heroic, this is not valor, or a romantic Les Misérables barricade moment.

By his own admission, the TPLF is on the losing side of this conflict, but he is calling on ordinary people to hurl themselves as sacrificial cannon fodder against conventionally trained soldiers and heavy weaponry.

And so I ask: Why is it that the Western media, in brazenly ignorant editorial after editorial, wants to park the blame for this conflict at the feet of the federal Ethiopian government, but this man can demand that ordinary, innocent people race to their deaths?

How much responsibility does he share over this war?

Where are the hard questions over all this? How is that those of us who question such a ruthlessly cynical and heartless strategy are accused of somehow being “against Tigray” or not “having compassion for Tigrayans?”

Not too long ago, the popular hashtag on Twitter was #StopWarOnTigray, and it’s still being used sometimes. But it’s a lie, except for a few sincere diaspora residents and Westerners who bought its message at face value. They assumed it meant peace. What it really means is, “Let the TPLF get its way.”

For the international community, Debretsion wants it to bring “the criminal aggressors Abiy Ahmed and Isaias Afeworki [committing grave crimes against humanity] to an international court.”

Ethiopians have not forgotten how this conflict started, even if the Western media would like to ignore the facts: It began with a brutal, premeditated attack by a regional militia on the national army, which was followed, by the way, by the Mai Kadra massacre, in which close to 600 were killed. And the TPLF had already stripped its region of funding to build up its military, worsening an already dire humanitarian crisis in Tigray prior to the war.

And now Debretsion and the remaining leadership of the TPLF, having helped starve their own people while they invested in guns, have the gall to demand they march out to their deaths against federal forces.

If you as an ordinary person reading this really want to stop the war, you can still lobby and push for dialogue options like the well-constructed proposal here, one “which considers lessons learned from past Truth and Reconciliation Commissions held in other countries.” But you can’t have it both ways.

You can’t jump on the Debretsion bandwagon and toss out accusations of “genocide” and demand your enemy stop — and the international community pressure it to stop — while you implore innocents to go fight on the TPLF’s behalf.

In the inspiring modern struggles for human rights, Mahatma Gandhi and Martin Luther King led by example. They walked out and were willing to get beaten with clubs, risking life and limb in campaigns of non-violent resistance. They did not hide in caves and scream for others to lay down their lives for them. They did not amass huge stockpiles of guns and when the battles didn’t go their way, push an Indian farmer or a Black grocery clerk in the American South into the road and tell him to pick up a rifle.

Even to point out this reality will be misconstrued as blanket support for the federal government. It’s not. But the Ethiopians I speak to who support unity and see no reason why they should be portrayed as villains are sick and tired of the double-standards at work here. The TPLF’s past crimes are a matter of historical record, yet ones which are regularly ignored or glossed over in reports and editorials like the ones cited here.

Sure, by all means talk about how post-conflict rebuilding of Tigray will unfold, talk about ways to perhaps discuss changing the constitution, talk about the humanitarian crisis or whether Abiy’s doing a good job or not. Whatever.

But please, please stop fueling the delusion that this man gives a damn about ordinary Tigrayans. He doesn’t. He is no hero.

Here is a story of man who put himself into the hands of his enemy, and others are rallying to his cause today and taking part in protests. He didn’t say, “Send your son off to be shot.” No, he got on a plane and went home. And inspired others by the example of his gentle courage. He didn’t need to go slaughter soldiers in the middle of the night in a move later “re-imagined” as a “pre-emptive strike.”

And Ethiopia’s children today, including Tigrayan sons and daughters, should never have to die because of one man’s failing political agenda and his crimes as an oligarch.

In our modern age when all of us no longer want war, true heroes don’t hide while they ask for sacrifices of blood.