Assefa Chabo, a writer who symbolized the glow of the Ethiopian political movement of the 1970s and the crackdown that followed it, died on April 23 in exile. He was 73.
Assefa lived a public life but a lonely one. One of his friends said he had last talked to him over the phone about two weeks ago. On April 20, Birtukan Mideksa, an exiled Ethiopian politician and his acquaintance, told friends that he had not called her in a while. When she rang his phone, he hadn’t answered either.
On his Facebook page where he normally wrote his commentaries, his last post was dated April 3.
Concerned by the break in his routines, Birtukan ceaselessly called Mr. Assefa. His phone rang and rang without answer. She continued her anxious calls, until a disheartening answer came from a nurse attending to him, who told her he was in the intensive care unit of a Parkland hospital in Dallas, Texas. It was reported that he had checked himself into the hospital for an unspecified condition.
His death was announced by his friend Yared Tibebu on Facebook.
Assefa graduated from Addis Ababa University. Amongst his contemporaries, he was revered both as a writer and as a member of the 1960s generation of Ethiopian revolutionaries who began the fight to break free from political repression.
In the 1980s during the military dictatorship of Mengistu Hailemariam his writings caused him to spend 12 harrowing years in the dungeons of Addis Ababa as a political prisoner.
In 1991, he was freed from prison when the present political regime triumphed in the civil war. After that, he briefly served in the provisional Ethiopian government, but his relationship with the new power-holders soured quickly. In 1993, he left Ethiopia for good, living for more than two decades in the United States.
Assefa, who is survived by his four children, was also an acclaimed lawyer whose political instinct and writings inspired younger generations. However, at the end of his life, he suffered alone in the pale light of exile.
The circumstances of his death inspired sympathy and reverent RIP notes within the Ethiopian diaspora community, but he is by no means the first Ethiopian writer to meet his death in exile. 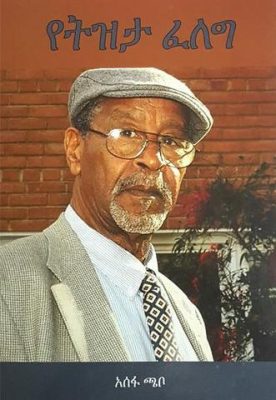 Since the Ethiopian revolution of 1974, a long list of high-profile Ethiopians who have dedicated their life to public service have died in exile. The great poet, translator and playwright Tsegaye Gebre-Medhin died in 2006 after he moved to New York from Ethiopia in 1998. Gebre Kristos Desta who is described as a father of Ethiopian modern art died in Lawton, Oklahoma.
He was forced to leave the country in 1978, first to Kenya, then to Germany, then finally to the USA where he was granted asylum but died later in 1981.
Mulgeta Lule, who is the most important figure in Ethiopian journalism, died while living in exile, in Washington DC in 2015. Tesfaye Lemma, arguably the most important music personality of Ethiopia, suffered a similar fate; he was forced into exile to the United States, where he established the Ethiopian cultural center in DC prior to his death.
These are just a few examples — numerous other Ethiopians who were on the losing side of the country’s political struggles have been forced to live and die in exile.
Assefa played a prominent role during and after the Ethiopian student movement of the 1970s; not only through his writing but also by organizing various political groups. He led an isolated life after he was forced to leave Ethiopia, but corresponded regularly with newspapers inside the country. He wrote about what he called “Ethiopia -Our Common Home” with the obsessiveness of a writer cut off from his homeland. 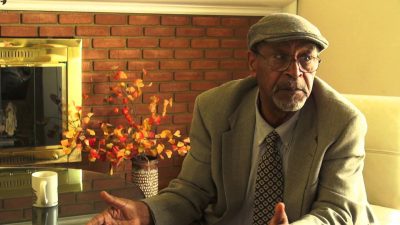 In 2016, he published an anthology of his articles. He wrote open letters to the Ethiopian government and rallied supporters on Facebook during recent protests in Ethiopia.
Assefa’s friends say that he always wished to return to his childhood home Chencha, a village in southern Ethiopia. Members of the Ethiopian diaspora community in Dallas area and his friends who heard of his passing set up a gofund me page to fulfil his wishes. Support poured in to send his body to his final resting place.
In Assefa’s death, one may find the sadness of exile, something which is both deeply personal and political.