(by A. Alemayehu)
An unrelenting genocidal rampage has been unleashed in Metekel, Benshangul-Gumuz region of Ethiopia. Since September, 2020, in the last five months alone, two hundred thousand civilians have been displaced, leaving behind bodies of slaughtered family members, burnt farms and scorched villages. 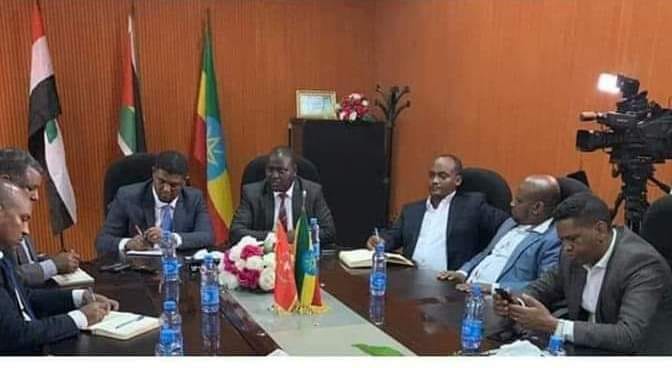 Government and Media Response
The attention given by the government of PM Abiy Ahmed to the genocide against the Amhara people could only be described, at best, as pathetic. In a democratic political system, a comparable failure would have led to the resignation or impeachment of the head of state. While the government declared a week of mourning and the lowering of the national flag upon the assassination of an Oromo singer, no such expression of sadness followed any of the mass murders of over 200 Amharas in each of Oromia and Benshangul-Gumuz regions. Even when the confirmed massacre of close to 1000 Amharas in Mai Kadra, Tigray was discovered, the government, even though it highly used the incident for its propaganda war against TPLF, failed to declare a single day of mourning for the victims.  The church and other religious organizations, which also seem to be under tight government grip, failed to declare nation-wide prayers of mourning for the massacred civilians. With respect to the national media outlets, most of which are under strict government control, the pattern has been to release a barrage of unrelated sensational news to drown social-media news of the massacres. Recently, the media are engaged in the practice of skillfully diverting public attention from the Metekel massacres by releasing a few names of captured or killed elites of the defunct and defeated TPLF every time a major massacre happens. What is suspicious and troubling about these media maneuvers is that the reports of captured or killed TPLF elites is released in the media weeks after the actual capture or killing took place. That such news repeatedly eclipsed news of the Amhara, Agaw or Konso massacres, has been too frequent an occurrence to ignore as just pure coincidence.
In the case of the Daletti Massacre, the government has done two things. The first one is that it has claimed that several armed perpetrators have been destroyed and some captured. The government is known to issue such declarations without any real actions on the ground, in a cheap effort to hash-hash the public outcry. It never shows the bodies of the ‘destroyed’ murderers and never releases the names of the ‘captured’ or ‘killed’. The second action that the government claimed to have done is to establish a curfew. This is also regarded as just a nominal, if not ridiculous, measure against the Gumuz militia. It is known that the Gumuz are hunters that are accustomed to moving in the thick of the night in the densest jungle. They live and operate in a forest environment and not in a metropolitan area. How a curfew would curtail their movements or how government soldiers who have no forest survival skills are going to enforce this curfew, is not clear at all. Most likely, the government used the declaration of the curfew as just an act to appease concerned members of the local and international community who probably lack awareness of what life in Metekel looks like.
What is more troubling than the government’s lack of concrete action to stop these atrocities against the Amhara people is the fact that many government authorities and cadres of the ruling party have been found to collaborate with the armed terrorists. Such alleged collaborators are usually transferred to other responsibilities, or sometimes, even promoted.
A case in point is Shimelis Abdissa, President of Oromia Region. During the July 2020 Amhara Genocide in Oromia Region, Shashemene was razed to the ground while the Oromia Special Force in the city and the National Defense Force unit seven miles away quietly looked on.  On the aftermath of incident, the arrested Mayor of burnt-down Shahemene gave statements in court that implicated Shimelis in the massacre and burning. The mayor said that he called and talked to his boss Shimelis several times as the murderous gang started looting, killing and destroying property. However, he claimed that Shimelis only told him to get back to bed. No measure has been taken against Shimelis. In fact, Shimelis has become best buddies with Abiy Ahmed, always at his side, even right after the recent Daletti Massacre when the two chose to go spend quality time in the Koisha Resort of Southern Ethiopia.