This story is the second in a two-part series on online disinformation, shutdowns, and rising political and ethnic tensions in Ethiopia. You can read the first part here.

On June 18 of last year, in his second parliamentary address, Ethiopia’s reformist Prime Minister Abiy Ahmed announced his government would no longer block online publications. Within a day, his then-chief of staff, Fitsum Arega, followed up in a tweet acknowledging the unblocking of more than 250 largely diaspora-based, pro-opposition websites and blogs.

At that time, the move was celebrated as a major step toward internet freedom in a country where the ruling regime, the Ethiopian People’s Revolutionary Front, (EPRDF) had for years controlled the flow of information.

As the political environment relaxed, comedians, journalists, bloggers and opposition activists voiced thoughts and criticisms that had been bottled up for decades. Ethiopia’s embrace of civil liberties, however, has deflated as political rifts resurfaced between non-ruling elites of Ethiopia’s two main ethnic groups: the Amharas and the Oromos. With ethnic and political tensions between the two groups manifesting online in the form of hate speech and disinformation, the government responded — on a number of occasions — by imposing restrictions on access to networks and social media platforms.

This time around, although politics is at the center of internet shutdowns, the dynamics are more complicated than they had been prior to the start of the political reforms.

Deadly communal violence and a shutdown 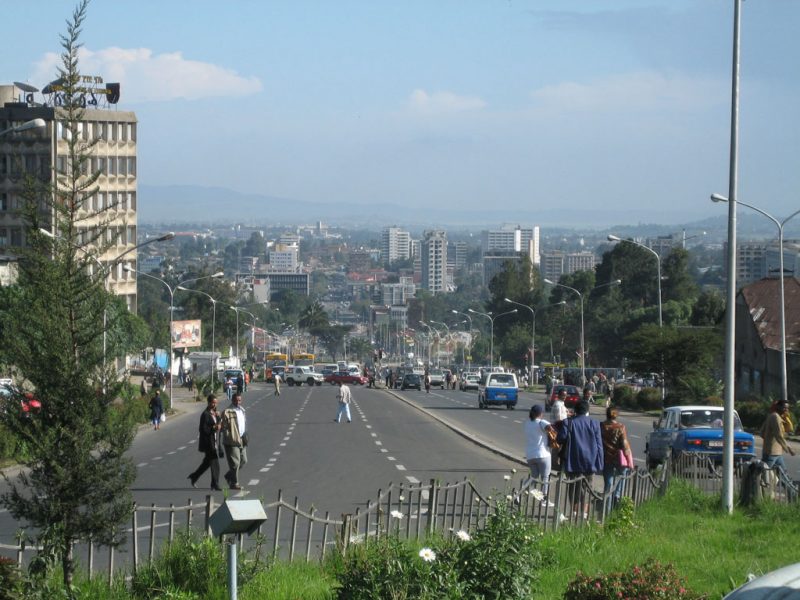 In September 2018, just two months after the government’s pledge to open up the internet, deadly communal violence erupted in Burayou, a town located in outskirts of Ethiopia’s capital, Addis Ababa, following the homecoming of two exiled political groups in competition with each other: Patriotic Ginbot 7 and Oromo Liberation Front (OLF). In response, the government resorted to large-scale, deliberate disruptions of internet connectivity, cell phone service, and social media.

Authorities believe social media — particularly Facebook — played a central role in stoking communal tension, and they are not alone. The fact that communal tension hit a boiling point in Burayou just as social media made inroads in the area drove many to speculate that the violence was stoked by messages shared on social media.

However, a closer look at the violence reveals there are other deep-rooted factors, too.

In recent years, communal tensions have been a fact of life in Ethiopia. Among the many ethnic tensions that dominate Ethiopian politics, perhaps none have been as caustic as the issue of Addis Ababa, Ethiopia’s capital city, around which conflict and tension have been building for years.

In reaction to the persistent expansion of Addis Ababa into Oromia until 2014, a protest movement started in 2015. After years of struggle, these protests slowed down the expansion of the sprawling city.

But the protest movement’s initial claim of halting the unrestrained expansion of Addis Ababa at the expense of Oromo farmers eventually evolved into nationalistic claims defined in terms of ethnic ownership of the city.

In the days leading up to the communal violence in Burayou, the supporters of the two rival political blocks spread an “us-versus-them” philosophy through various means of communication. They hoisted and waved flags and banners of the competing groups in the streets of Addis Ababa. There were even physical confrontations and a few violent clashes in the capital.

While many factors contributed to the communal violence in Burayou, such as ethnic and linguistic divides and a lack of faith in the government, the internet was singled out to blame as the main reason.

This was the second time (as per available information) that internet services were suspended after authorities promised the government would no longer block the internet nor restrict access to specific apps or websites.

Authorities also shut down the internet on grounds of security or public order measure when ethnic violence broke out in eastern Ethiopia in August 2018. Authorities only reversed their decision after a short-lived positive turn — following the political reforms that began in April 2018 under Abiy.

And these shutdowns were all a sign of things to come.

Since then, as communal tension and flare-ups began to proliferate, so did internet shutdowns and restrictions on social media on the grounds of security or public order.

June 13, 2019 was the start of a disruptive run of three major shutdowns that included a preemptive shut down due to a national exam that lasted three days, an unexplainedinternet blackout the lasted for at least 100 hours and a shutdown due to political violence in Amhara State, Ethiopia’s second-largest region.

These incidents do not reflect cases of bandwidth throttling (lowering the quality of their cell signals or internet speed) and restrictions on access to social media sites or specific websites that lasted several days or still continuing.

The longest of all shutdowns came, on June 23, 2019, in the aftermath of high-profilepolitical assassinations of top military officials in Addis Ababa and the president of Amhara region, along with his two top advisers in Bahir Dar, Amhara region’s capital. Internet was intermittently available in the days following the killings, but the network shutdown was only lifted after 10 days.

Who is behind Ethiopia’s shutdowns?

It remains unclear which government agencies ordered the aforementioned shutdowns.

Given that there are two major government telecom regulatory agencies, shutdown orders may have come from either the Ethiopian Telecommunication Agency or Information Network Security Agency (INSA).

It is difficult to see Ethiopian Telecommunication Agency as an organization capable of issuing internet shutdowns, as it possesses neither the mandate nor the technical facility to execute internet shutdowns. INSA, on the other hand, — a widely loathed agency for its blatant cyber spying and internet censorship — has been shaken up by political reforms which impeded the organization’s capabilities.

However, circumstances and statements from government authorities suggest shutdown decisions might have actually been made and executed by some sort of ad hoc committee or other bodies that combine members of different government ministries, the country’s top security and military agencies. This approach has no formal legal process to authorize shutdowns and undermines the ability of formal institutions. It also fosters an opaque administrative system rife with irregularities.

Ethiopia has its own peculiar network architecture where its international traffic flows through three international gateways. Such centralized control points have enabled the Ethiopian government to exercise control over the country’s internet effectively.

Government authorities, including Prime Minister Abiy, invariably claim that these deliberate blackouts of internet and restrictions on social media are useful to control misinformation and hate speech. At a recent press conference, Abiy laid out his thoughts about the three major internet shutdowns. When asked how long Ethiopia will continue to disrupt internet connectivity, his six-minute answer covered a lot of ground. He stressed safety, security and public order. He also argued that other countries, such as India, also do it as necessary.

Government officials maintain that such measures help protect national security, but these claims often come without evidence. These shutdowns represent an infringement on Ethiopians’ right to access to information and freedom of expression online.

The shutdowns occurred without official announcements, reasons or projected duration, nor any information about who ordered them or which networks and social media platforms will be affected. This lack of transparency makes it impossible for the Ethiopian public to challenge shutdown decisions.

Whenever there is internet shutdown in #Ethiopia, #Instagram is the last one to be free. Photographers like myself use it as a professional portfolio and gallery. It is an online office. We present our works for potential clients following our page. Fix it #Ethiopia

31 people are talking about this