Echoes of deceit
On May 24, 2015, Ethiopia had an “election”.
On May 27, 2015, the Associated Press reported that “early results” of ballot counts showed the ruling Thugtatorship of the Tigrean Peoples Liberation Front (T-TPLF) had won 100 percent of 442 parliamentary seats.
On May 27, 2015, the U.S. State Department issued a press  Statement on the Ethiopian “election”:
The United States commends the people of Ethiopia for their civic participation in generally peaceful parliamentary and regional elections on May 24… We encourage all candidates, political parties and their supporters to resolve any outstanding differences or concerns peacefully in accordance with Ethiopia’s constitution and laws.

The United States remains deeply concerned by continued restrictions on civil society, media, opposition parties, and independent voices and views. We regret that U.S. diplomats were denied accreditation as election observers and prohibited from formally observing Ethiopia’s electoral process… We are also troubled that opposition party observers were reportedly prevented from observing the electoral process in some locations.
… The United States has a broad and strong partnership with Ethiopia and its people. We remain committed to working with the Ethiopian Government and its people to strengthen Ethiopia’s democratic institutions, improve press freedom, and promote a more open political environment consistent with Ethiopia’s international human rights obligations.
On April 16, 2015, U.S. Undersecretary of State Wendy Sherman spoke to the press in Addis Ababa with ingratiating adulation bordering on brown-nosing. She declared:
… Ethiopia is a democracy that is moving forward in an election that we expect to be free, fair, credible, open and inclusive in ways Ethiopia has moved forward in strengthening its democracy every time there is an election. It gets better and better… The United States believes no group, including Ginbot 7 should attempt to overthrow or speak of overthrowing a democratically elected government… We think elections are very important…. Voting is important. I urge all Ethiopians to vote on your election day. But I was also glad to be here because in many ways Ethiopia is a young democracy and so every election, just as in our country, should be better and better and more open allowing for freedom of access making sure that every election is fair, free and credible and that opposition groups have the space to participate, that everybody’s vote counts. And in our country we make every election better than the last one in being inclusive, making sure everybody’s rights are respected and we know Ethiopia is working to do that as well.
Sherman showered the T-TPLF with so much praise that the casual observer could have easily mistaken her for a “K” Street lobbyist in the service of the T-TPLF. The only thing Sherman did not say expressly in her statement but  strongly implied was that the T-TPLF can just as easily walk on water as it can steal elections.
In my May 3, 2015 commentary “Wendy Sherman and the Ethiopian ‘Election’ That Isn’t”, I expressed my urgent sentiment:
I can’t wait, just can’t wait, to hear what Wendy Sherman, the State Department and White House will say on May 25, 2015, when they officially confirm what they have known for the past year.  The T-TPLF has won by 100 percent of the votes and captured all 547 seats in “parliament”.
Say something, Wendy!
I have been on pins and needles all week waiting to hear from Wendy. But Wendy don’t talk. She don’t say nothin’.
Wendy talked everybody under the table when she hectored Ethiopians to come out and vote. She lectured Ethiopians on how “every vote counts”. She did not say who counts the votes.
If she had asked me, I would have told her that it is not that every vote counts but what counts is who counts every vote.
Wendy schooled Ethiopians on the importance of elections. She pontificated about “being inclusive, making sure everybody’s rights are respected.”

She ululated about how “Ethiopia is a democracy that is moving forward in an election that we expect to be free, fair, credible open and inclusive in ways Ethiopia has moved forward in strengthening its democracy every time there is an election.”
Now that the T-TPLF has “won” by 100 percent of all the votes it has counted to date, would Wendy say a word or two and let us know how she feels; how thrilled she is with the T-TPLF’s 100 percent “victory”.
I just want to know, Wendy.
Did every vote count in the T-TPLF’s “election”?
Was the “election inclusive”, Wendy?
Did the T-TPLF respect everybody’s rights?
Is Ethiopia still a young democracy, Wendy?
Did Ethiopia in May 2015 “move forward in an election that was free, fair, credible open and inclusive”?
Did the May 24 “election” “strength democracy in Ethiopia”, Wendy?
Say what? I can’t hear you, Wendy.
Could you speak a little louder so we can all hear your answers!
I predicted precisely what the U.S. Government would say following the “election”
In my May 24 commentary, “Aaargh! T-TPLF “Wins” Again!”, I predicted exactly (right down to the words) what the U.S. official assessment and response would be to the T-TPLF “election”.  (No, I don’t work for the State Department.)
I am not the kind of guy who likes to gloat, crow or grandstand. But I am kinda feelin’ smug in predicting exactly what the U.S. would say after the election. I am also feeling pretty good in predicting that the T-TPLF would win by 100 percent, not a measly 99.6.  Meles would have been so proud.  The T-TPLF finally found the Holy Grail of the Perfectly Rigged Election.
The “thugtelligent” T-TPLF
The T-TPLF leaders are “thugtelligent” but not smart. All of them would score in the very top percentile of  TQ (that is the equivalent of IQ scores for thugs). They are unsurpassed in things that require thugtelligence.  They are cunning thieves. They are peerless in stealing from the cash box and the ballot box. They are shrewd power wheelers and dealers. They are ruthless in ripping off the helpless; and merciless in crushing the defenseless.
But the T-TPLF leaders are not smart. A smart thief or robb 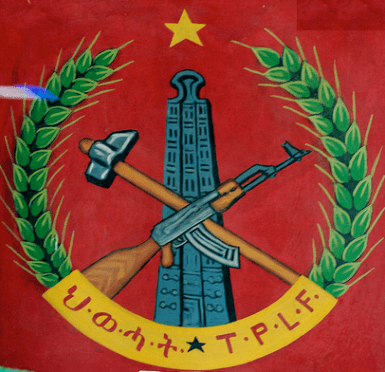