The current president of Zimbabwe has confirmed the news.

Zimbabwe’s founding president Robert Mugabe has passed away after a long battle with ill health.

The Mirror reports that Mugabe passed away in a hospital in Singapore. He turned 95 in February.

It is with the utmost sadness that I announce the passing on of Zimbabwe’s founding father and former President, Cde Robert Mugabe (1/2)

6,895 people are talking about this

It is with the utmost sadness that I announce the passing on of Zimbabwe’s founding father and former President, Cde Robert Mugabe (1/2)

Cde Mugabe was an icon of liberation, a pan-Africanist who dedicated his life to the emancipation and empowerment of his people. His contribution to the history of our nation and continent will never be forgotten. May his soul rest in eternal peace (2/2)

2,277 people are talking about this 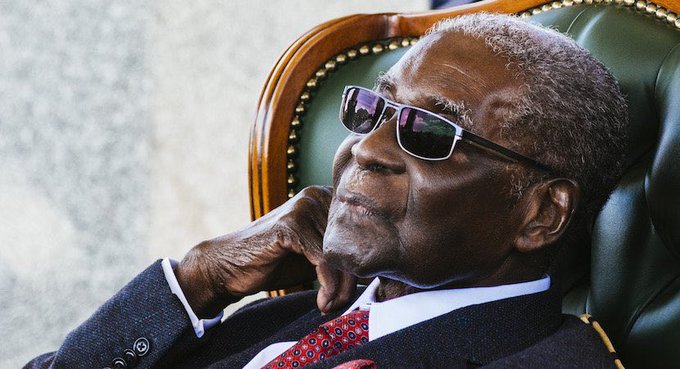 In August, it was reported that Mugabe was responding well to treatment in Singapore since April.

Earlier that month, Mugabe made headlines after a recent picture of him looking rather frail surfaced on social media. The picture was reportedly shared by his son Robert Mugabe Jr.

When the Zimbabwe government announced in April that he had gone to Singapore for medical treatment in May, it said that he was expected back home mid-May.

Zimbabwe’s public health services have practically collapsed, and those who can afford it seek treatment in South Africa or further abroad. Mugabe during his time in power sought almost all his medical care in Singapore.

Mugabe’s successor, President Emmerson Mnangagwa, took over in November 2017 with the backing of the military, ending Mugabe’s 37-year rule. He went on to be elected in disputed elections in July last year.

The late politician was born on February 21, 1924, in Kutama, in what was then Southern Rhodesia.

Mugabe became the first prime minister of the Republic of Zimbabwe after the country gained independence from British rule in 1980, becoming president seven years later, following a merger that left Zanu-PF with 99 of the 100 seats in parliament and established Zimbabwe as a one-party state.

A series of controversial elections kept Mugabe in power for decade after decade, but his own party forced him to resign in November 2017.

Mugabe reluctantly accepted a power-sharing agreement with the Movement for Democratic Change (MDC) in 2008, overseen by the Southern African Development Community (SADC) and brokered by then South African president Thabo Mbeki.

Mugabe is known as a liberator to some, a ruthless dictator to others. Among the more controversial aspects of his legacy were the massacre of more than 20,000 Ndebele civilians in an operation that become known as the Gukarakundi; various reforms that changed the constitution and tightened his grip on power; the seizure of land from white farmers; and massive economic upheaval that left Zimbabwe with the highest rate of inflation in the world.

Updates to follow as more information is made available.