Prof. Belay Seyoum
February 13, 2021
Ethiopians have endured decades of large-scale human rights violations in the hands of their own government. During the campaign of red terror (1977-1980), thousands of young people were gunned down and their bodies littered the streets. It is estimated that the Derge killed over 200,000 people during this period merely for opposing the government’s total control of power and lack of political participation (even though many of the parties embraced socialist ideology similar to that of the Derge). 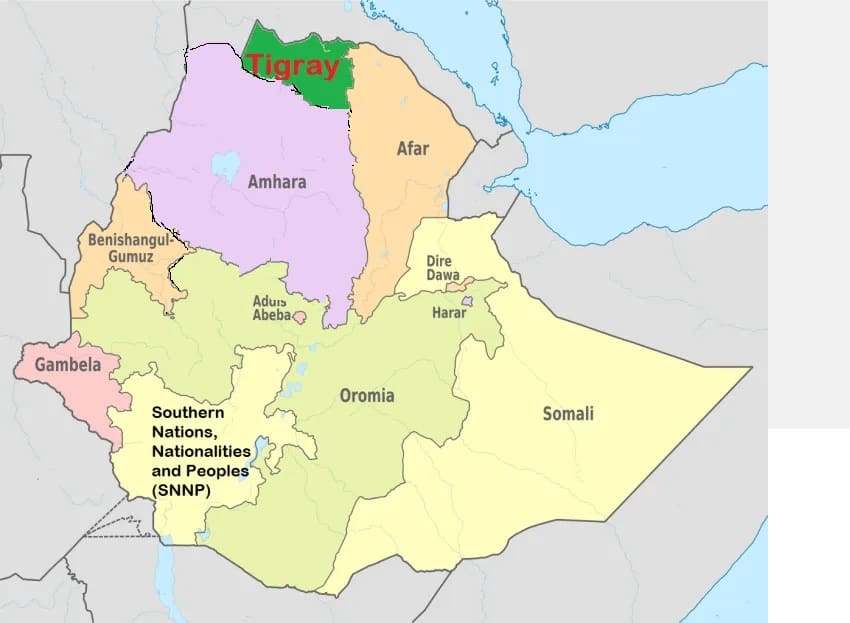 Human rights violations continued under the TPLF-led government. Prisoners were routinely tortured, humiliated, stripped naked with a jerry can filled with water tied to their testicles and paraded in front of other prisoners in violation of the country’s constitution that prohibits such practices. Human rights organizations have documented sleep deprivation, overcrowded cells, lack of healthcare and other terrific abuses in places of detention. It is difficult to deny the physical and emotional scars this leaves on a generation of young people that were subject to these inhumane treatments. The prime minister publicly admitted that torture was taking place and abuse by security forces was a pervasive problem. In an interview with a human rights researcher, one Federal police officer stated:
“We are above the law. We beat and torture people to get information whether they did anything or not.  Either they will give us information or in the future they will be too scared to oppose us. It is a win-win”.
While the human rights reforms under prime minister Abiy have taken place and state security violence has abated somewhat, communal violence has drastically increased since 2018 leading to property damage, internal displacements and deaths of thousands of people. Largely incited by ethnic politicians, people clashed over border demarcations, group rights to land, water resources, use of the flag—issues that could be resolved through peaceful means through existing formal or informal institutions.
How can a country with over 3000 years of civilization descend into such savagery and barbarism? An important explanation for this is the erosion of shared morality. One manifestation of the erosion of shared morality is the dehumanization of “others” i.e., political opponents, ethnic or religious groups. The failure to recognize other people as fellow human beings is an important enabler of violence across cultures and throughout history. Perpetrators often deny human attributes to victims and describe them as animals, cockroaches or worms not entitled to sympathy. In Ethiopia, perpetrators of ethnic violence have similarly described their victims as neftegnas, settlers or used similar terms to give them permission to inflict penalties. Failure to recognize the victim’s humanity shows indifference to their suffering and enabled perpetrators to act out their violent impulses without remorse.
Another explanation for the prevalence of such evil is the absence of compassion. Compassion or empathy is the moral glue that holds communities together. It guides moral judgments and actions to reduce harm and suffering to others as well as to increase their freedoms and rights.
In Ethiopia, we have witnessed cases where police officers have failed to deter violence because the victims belonged to a different ethnic group, security officials in the provinces failed to show up in cases where victims were killed and property ransacked and torched simply because victims were considered “settlers”.
It is important to have a shared morality in which all citizens protect one another regardless of ethnic or religious affiliation. We have to change the moral standard in order to decrease violence and stand up for what is morally right. Perpetrators may have legitimate grievances that they feel are morally right to pursue. However, nothing justifies the use of violence to achieve these ends. Leadership plays an important role in setting the tone. It is critical to address this breakdown of shared morality through education of leaders and young people. Empathy and compassion need to be restored. Violence and cruelty find expression when constraints of civilized virtues are thrown off. One aspect of civilized virtue is self-control and empathy for others since its absence hampers interdependence and socialization that is critical for social and economic progress.
From the times of the ancient Greeks to today, there are versions of natural law morality that have been accepted by people without regard to cultural or religious background. These transcultural moral norms prohibit certain activities in order to promote peaceful coexistence that is a necessary condition for pursuing the common good. Shared morality is critical for maintaining and enhancing social relations. It provides a common set of standards for judging right and wrong in the conduct of social relations. This includes but not limited to not doing harm to others, being compassionate and caring, being trustworthy and reliable, pursue justice and use purely peaceful means to resolve conflicts. Morality cannot be purely individual. In order to operate as a social unit, we need a shared morality. People who do not have a shared sense of morality common in their group are no different from psychopaths that are abnormal and disordered.