By Alemayehu G. Mariam
“For the dead and the living, we must bear witness. For not only are we responsible for the memories of the dead, we are also responsible for what we are doing with those memories.” Elie Weisel

The hottest places in Hell are reserved for those who in time of moral crisis preserve their neutrality. (Attributed to Dante Alighieri.)

In the End, we will remember not the words of our enemies, but the silence of our friends. — Martin Luther King, Jr.

The world will not be destroyed by those who do evil, but by those who watch them without doing anything.  — Albert Einstein

I am the captain of my soul.  — Nelson Mandela 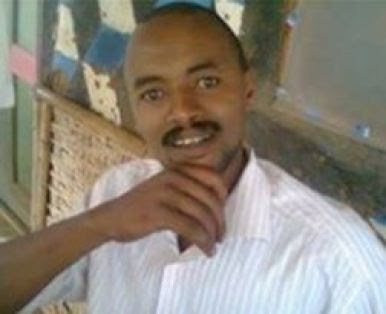 We MUST remember Yenesew Gebre.
On 11/11/11, Yenesew Gebre, a 29 year-old Ethiopian school teacher and human rights activist set himself ablaze outside a public meeting hall in the town of Tarcha located in Dawro Zone in Southern Ethiopia.
We MUST remember the victims of the T-TPLF Irrecha Massacres of 2016 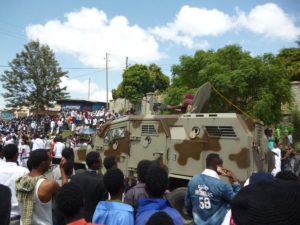 On October 2, 2016,  troops loyal to the Tigrean Peoples’ Liberation Front (T-TPLF) opened fire indiscriminately on crowds attending one of the most important cultural and spiritual events in Ethiopia, the Irreecha (Thanksgiving)  Festival  in the town of Bishoftu, some 45 miles southeast of the capital Addis Ababa. An estimated 500-plus people were killed and twice that number severely injured during the event.
Watch Irreecha Massacre victims funeral services HERE.
Watch BBC report on the Irrecha Massacres HERE.
T-TPLF puppet prime minster (PPM) Hailemariam Desalegn pledged, “The government will bring to justice such evil doers  and hold them accountable. In this effort, the whole people must stand with the government. In this situation where only evil doers were involved, our security forces made great effort to ensure security; no gunfire was heard and the government took great care [to prevent harm] of the situation. I want to thank the security forces who protected the people in the name of the EFDRE (T-TPLF)…”
By November 12, 2016, PPM Hailemariam had made good on his promise by detaining over 11,000 persons in connection with the Irreecha Massacres, which balooned to over 26 thousand persons by March 2017. 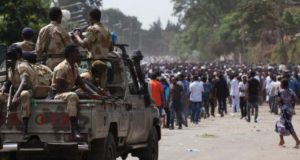 On October 3, 2016, Freedom House issued a statement on the Irreecha Massacres:”The deaths in Bishoftu occurred because security forces fired tear gas and live ammunition at a crowd of over a million people celebrating a religious occasion. The government of Ethiopia should allow a truly independent body to investigate the tragedy at Bishoftu as well as security forces’ well-documented record of using excessive force against peaceful gatherings. (Emphasis added.) 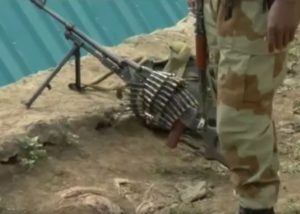 In late March 2017, the T-TPLF Command Post announced that 4,996 of the 26,130 people detained for allegedly taking part in protests would be brought to court.

On 18 April 2017, the T-TPLF’s in-house “Ethiopia’s National Human Rights Commission” “submitted its second oral report to Parliament on the protests, which found that 669 people were killed, including 63 members of the security forces, and concluded that security forces had taken ‘proportionate measures in most areas.’” 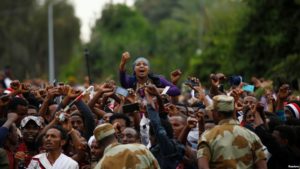 The Irreecha Massacres were poignantly recalled by a grieving mother who told reporters that she “felt like she was being chased by a cackle of  hyenas” running away from the trigger-happy T-TPLF soldiers at the Ireecha celebrations.
We MUST remember the victims of the T-TPLF Ambo Massacres of 2014

In early May 2014, the T-TPLF massacred at least 47 university and high school students in the town of  Ambo 80 miles west of the capital Addis Ababa. The actual number is said to be at least three times the reported fatalities and hundreds more injured and imprisoned. The T-TPLF dismissed the Ambo Student Massacre and tried to sweep it under the rug claiming that a “few anti-peace forces incited and coordinated the violence”.  (See my May 2014 commentary, “Crimes Against University Students and Humanity”.
We MUST remember the victims of the T-TPLF’s Ogaden Massacres of 2007

He who passively accepts evil is as much involved in it as he who helps to perpetrate it. He who accepts evil without protesting against it is really cooperating with it.”- Martin Luther King

In 2007, the T-TPLF massacred hundreds of people in the Ogaden region of Ethiopia. Human Rights Watch in its June 2008 report entitled “Collective Punishment: War Crimes and Crimes against Humanity in the Ogaden area of Ethiopia’s Somali Region”, documented, “Ethiopian troops have forcibly displaced entire rural communities, ordering villagers to leave their homes within a few days or witness their houses being burnt down and their possessions destroyed and risk death. Over the past year, Human Rights Watch has documented the execution of more than 150 individuals.”
We MUST remember the victims of the Meles/T-TPLF Anuak Massacres of 2003

In December 2003, the T-TPLF massacred hundreds of Anuak people in Gambella in Western Ethiopia.
A report by the Harvard Law School Human Rights Program on the Anuak Masscre concluded, “From December 2004 to at least January 2006, the ENDF (Ethiopian National Defense Forces) attacked and abused Anuak civilians in Gambella region – wantonly killing, raping, beating, torturing, and harassing civilians.”
Genocide Watch sent a fact-finding team in Gambella and secured  authentic documents “proving that the Gambella massacres were planned at the highest levels of the Ethiopian government, and even given the code name “Operation Sunny Mountain,” the title of Genocide Watch’s resulting 1994 report.” (See also my May 2011 commentary/interview, “ The Anuak’s Forgotten Genocide.”)
We MUST remember the victims of T-TPLF Massacres in Gonder, Wolkait, Bahr Dar and other locations in Ethiopia
In its Manifesto, the TPLF declared:

Amhara are the enemy of the Tigray people. Amhara are not only enemies but also double enemies. Therefore, we must crush Amhara. We have to destroy them. Unless Amhara are destroyed, beaten down, cleansed from the land, Tigray cannot live in freedom. For the government we intend to create, Amhara will be the main obstacle.

According to Al Jazeera,  “Amhara is one of the poorest regions not only in Ethiopia but in Africa.”
Over the past several years, the T-TPLF has directly  and using  proxies committed crimes against humanity and genocide against the Amhara people.

The limits of tyrants are prescribed by the endurance of those whom they oppress. — Frederick Douglass

We MUST remember the victims of Derg (military regime) executions of November 23-24, 1974.
On November 23, 1974,  a military junta gathered and took a “simple vote” to summarily execute 60 high level government officials, civil servants, decorated war veterans and elite army officers and enlisted men of the imperial regime of H.I.M. Haile Selassie. That massacre propelled Ethiopia into a spiraling vortex of gross human rights violations and tyranny which persists to the present day. On August 28, 1975, nearly a year after he was deposed and held in detention, Emperor Haile Selassie was reported dead by the Derg military regime . The overwhelming body of evidence shows the Emperor was murdered by the Derg. His remains were discovered buried “under a palace toilet in 1992.”
In the in ensuing years, the Derg launched a Red Terror Campaign (Qey Shibr) of assassination and massacres of young people numbered in the tens of thousands. We MUST remember the young and idealistic Ethiopians who were victimized by a bloodthirsty and ruthless military regime. 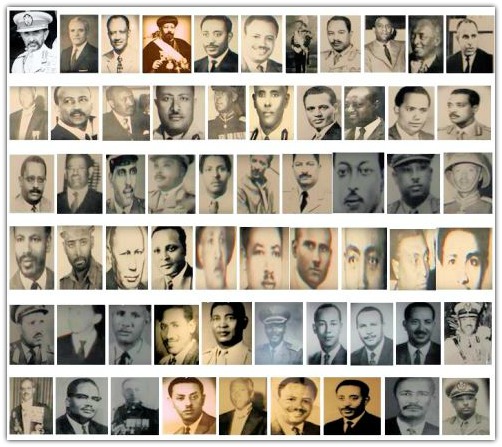 I have never seen more light in my life than the times I stood by those facing their darkest hours and assuring them that even the darkest of the darkest hours is only 60 minutes long and light always follows darkness. This too shall pass…
“Remember that all through history, there have been tyrants and murderers, and for a time, they seem invincible. But in the end, they always fall. Always.” – Mahatma Gandhi
You must not lose faith in humanity. Humanity is an ocean; if a few drops of the ocean are dirty, the ocean does not become dirty.  – Mahatma Gandhi
================================
Author’s Note: Following the Meles Massacres of 2005, I became involved in Ethiopian human rights advocacy. My conscience was seared by the crimes against humanity committed against innocent men, women, children and old men who were massacred merely because they engaged in peaceful protest.
I had a simple choice to make: Stand up and be counted on the side of the victims and define the moment, or remain silent and be on the side of the tormentors and killers and be defined by the moment.
For the last 12 years, I have been the voice from the grave of all victims of crimes against humanity and genocide of the T-TPLF. The hundreds of thousands of T-TPLF victims need at least one witness to bear testimony on their behalf. I have been blessed to be that vigilant witness in the court of world public opinion.
They say justice is like a long delayed train and though it chugs and lugs, in the end it always arrives. I have no doubts that I will be among the welcoming party when it arrives in Ethiopia.
Some have told me that I have made the Meles/T-TPLF Massacres my cross to bear for the past 12 years. They could not be more wrong. It has been a labor of love being the voice of voiceless and silenced victims of Meles/T-TPLF crimes against humanity and genocide. It has been a divine blessing to be able to stand up for human rights and against government wrongs!
I often wonder how many Ethiopians remember the victims of T-TPLF’s crimes against humanity and genocide in a moment of silence, how many remember them in the houses of faith and worship during services, how many political groups, social, cultural and community organizations include them in their activities, how many in the electronic and print media and cyber-media and blogosphere remember them.
I hope all Ethiopians will join me in this month of November at least in a moment of silence, and if possible in moments of reflection, about those whose lives were taken by a gang of criminal thugs defending the cause of freedom and human rights in Ethiopia.
In their moments of reflection, I wish they would contemplate Nadezhda Mandelstam’s words writing about life under Stalin’s reign of terror:  “I decided it is better to scream. Silence is the real crime against humanity.”
====================================

If truth be told, America’s foreign policy in Ethiopia is hypocritical and dishonest!