Ethiopia declared a state of emergency on the heels of mass anti-government rallies. But just who is protesting and why?
by Jillian Kestler-D’Amours

It has been a tumultuous week in Ethiopian politics after the country’s prime minister abruptly resigned and the ruling coalition declared a six-month state of emergency as it seeks to contain mass anti-government protests.

These protests are at the heart of Hailemariam Desalegn’s decision to step down, according to several experts, who say the country is now at a critical juncture in its political history.

While details of how the state of emergency will work remain sparse, public protests will be banned, alongside speech that could “incite and sow discord”, the minister of defence said as he announced the order last Friday.

The government is expected to present the decree to parliament for ratification within 15 days.
But the state of emergency has already caused alarm among human rights activists and others who were heartened by recent reforms in Ethiopia, including the release of political prisoners.
It has also put the spotlight back on the protests that have been held intermittently across Ethiopia’s most populous regions over the past three years.
But just what prompted the mass demonstrations and what has kept them going in the face of a harsh government crackdown? Who are the protesters and what are their demands? What will it take to appease people in the streets?

Mass protests erupted in Ethiopia’s populous Oromia region – home to the Oromo, Ethiopia’s largest ethno-national group – in 2015 after a master plan was unveiled to expand the boundaries of the capital, Addis Ababa.
The concern among local farmers at the time was that the city would confiscate their lands and leave them without a source of livelihood and with nowhere to go.
The Oromo protesters’ first demand, therefore, was to cancel the master plan outright, explained Felix Horne, a researcher at Human Rights Watch.
But their demands quickly grew to include the release of prisoners of conscience and more political and socioeconomic rights for the Oromo, who make up more than 34 percent of the country’s 100 million citizens and have long complained of being marginalised.
Angered by an unfulfilled demand to retake control of some of their lands, the Amhara – Ethiopia’s second-largest ethnic group, constituting about 27 percent of the population – launched protests in their region soon thereafter.
The Amhara people quickly raised another issue at their rallies, Horne explained: “the disproportionate economic and diplomatic power” of the most dominant party in the ruling coalition, the Tigrayan People’s Liberation Front (TPLF).
The TPLF is one of four political parties in the ruling Ethiopian People’s Revolutionary Democratic Front (EPRDF), which controls all 547 seats in Ethiopia’s parliament.
The other parties are the Amhara National Democratic Movement (ANDM), the Oromo Peoples’ Democratic Organisation (OPDO), and the Southern Ethiopian People’s Democratic Movement (SEPDM).
Tigrayans make up about six percent of Ethiopia’s population, but hold influential positions in the fields of government, economics and security, among others. The country’s former prime minister, Meles Zenawi, chaired the TPLF before his death in 2012.

Very rapidly after the outbreak of the protests, “all of the underlying grievances about a lack of political space, a lack of ability to express dissent, came to the forefront”, Horne told Al Jazeera.
“The government, rather than acknowledging this, they just repressed those protesters with brutal force,” he said.
A state of emergency was put in place in 2016 and lifted last August after 10 months. Hundreds of people were killed when state security forces opened fire on protesters, and more than 20,000 people were arrested amid widespread human rights abuses.
But the state’s use of violence didn’t stem the protests, and many youths were actually emboldened to continue to demand greater political inclusion, Horne said.
This year, mass protests once again broke out in the Oromo and Amhara regions after residents alleged the government was dragging its feet on a promise to release all of Ethiopia’s political prisoners. Strikes were also organised to put pressure on Desalegn’s government.
“Repression is not working, [the government was] not able to instil the same level of fear,” Horne said.

Ethiopia’s largest ethno-national group, the Oromo, are largely concentrated in Oromia, which is also the country’s largest region.
But despite the size of their population and territory, “Ethiopia has for decades marginalised the Oromo from the political and economic benefits of the state”, said Etana Habte, a PhD student and teaching fellow at SOAS at the University of London.
The questions being raised today by Oromo protesters are “very much rooted in the history of the country, where Oromo were seen in Ethiopia as its Other”, Etana told Al Jazeera.

The Oromo have a handful of historical demands that have been amplified since the protests broke out three years ago.
They have called for greater self-rule at the regional level, including the ability to control the lands they live and work on, Etana said, while also demanding the recognition of their ethnic identity and language rights at the national level.
Amharic is Ethiopia’s only official working language.
“If you hear the protesters on the street … [they are saying], ‘self-rule for our region, shared rule for Ethiopia,’” Etana said.
“The problem is the government is now dominated by a minority ruling elite coming from the Tigrayan people,” he added, and “if you give self-rule for Oromia, Oromia would take a leading role at the national level… That is the fear of the ruling elite”.
While the trigger behind protests in the Oromo and Amhara communities was not the same, solidarity has grown between the two groups, both at the local and federal government levels, said Fisseha Tekle, a Horn of Africa researcher with Amnesty International.
“There is an emerging partnership between the people in the regions and the two parties representing the communities” within the EPRDF coalition, said Tekle.
He said the protesters’ demands have been consistent since the start of the protests and continue in the same vein today: accountability for human rights abuses, the release of political prisoners, political reforms and greater freedoms.
“People are saying that democratic institutions in the country are not reflective of the reality on the ground – and they need a space that allows for every voice to be heard,” Tekle told Al Jazeera.

Desalegn’s resignation has opened up a succession debate within the ruling party ahead of elections scheduled for 2020.
But it is the state of emergency that most concerns groups such as Amnesty International, Tekle said.
“Lifting and suspending rights is not a positive response… The Ethiopian government is still not learning from its past mistakes, but it is trying to quash protests using the usual method, which is force,” he said.
According to Mohammed Ademo, founder and editor of OPride.com, an independent news website on Ethiopia, the ruling coalition must appoint an Oromo politician as prime minister to appease the protesters’ demands in the short-term.
“People feel marginalised from the centres of power… They are saying they don’t want to continue to be ruled by a minority oligarchy,” Ademo told Al Jazeera.
From the point of view of many protesters, the only suitable candidates to lead Ethiopia out of this volatile situation would be Lemma Megersa, president of the Oromia regional government, or his vice president, Abiy Ahmed, a leading figure in the OPDO, the Oromo party within the coalition.
Both politicians have said “the demands of the protesters for more democracy, for openness, for justice, for opportunity, for jobs … are valid”, Ademo said.
“That’s what endears these two leaders to the public [and] to the protesters.”
Whoever becomes prime minister will have to quickly address deeper problems in Ethiopia, however, such as allowing media and non-governmental organisations to operate freely and repealing repressive laws that have been used to criminalise citizens calling for reform, Ademo said.
“Will [appointing an Oromo prime minister] be sufficient? Absolutely not.” 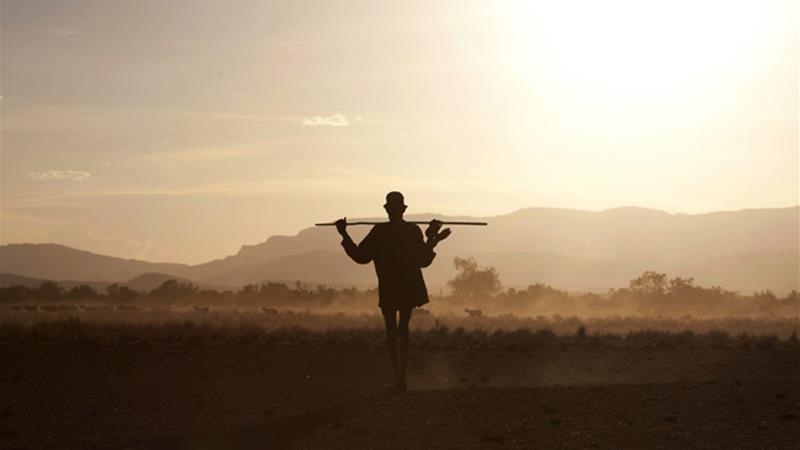 With a friend like America, does Ethiopia need enemies?