(CNN)Sudan says at least five women were killed in border attacks by Ethiopian government-backed militias and it will use all “available means” to respond.

Tensions have simmered between the two countries for decades over the contested Al-Fashqa region, which falls on the Sudanese side of their disputed border. On Wednesday the situation further escalated after the Sudanese accused Ethiopian military aircraft of violating Sudan’s airspace.
On a visit Wednesday to the eastern Gedaref State, where Al-Fashqa is located, the President of the Transitional Sovereign Council (TSC) and General Commander of Sudan’s Armed Forces, Lt. Gen. Abdul-Fattah Al-Burhan addressed soldiers stationed at the border. 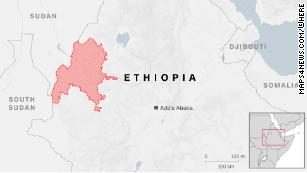 “We are all steadfast with you here until our right is proven by force, by good faith or by any other method. This is our land and we have the legitimate right to defend and protect it by all available means,” he said.
A video posted to the TSC Facebook page of Burhan’s remarks showed him telling them Sudan would not back down from military confrontation.
“How long must we be patient? Everything has a limit and this situation has exceeded its limits. This is our land and we are all willing to die here for this land, till the last man standing.”
These last remarks are part of a series of increasingly confrontational public statements by the two countries. Ethiopian foreign ministry spokesman Dina Mufti told reporters in the Ethiopian capital Addis Ababa on Tuesday that Sudan was seeking to “inflame the situation.”
“How long will Ethiopia continue to resolve the issue using diplomacy? Well, there is nothing that has no limit. Everything has a limit,” Mufti said. 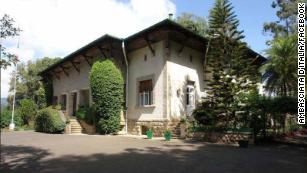 The Ethiopian government has not responded to CNN’s request for comment. An Ethiopian military spokesman told the AFP news agency he had no “tangible information” on Sudan’s allegations and the situation at the border was “normal” on Wednesday.
More than 80 civilians were killed in an attack along the border on Tuesday, a spokesperson for the Ethiopian Human Rights Commission (EHRC) told CNN.
“The information we received shows over 80 civilians were massacred in Benishangul-Gumuz’s Metekel Zone in an early morning attack,” said Aaron Maasho.
The EHRC, which describes itself as an “independent national” institution, is still gathering details and did not say who might have committed the attack.
“These types of grisly incidents have taken place for far too long. There is no other option but for federal and regional authorities to boost security presence in the area and strengthen coordination between themselves — a call the Ethiopian Human Rights Commission has made over and over again,” Maasho added.
The Ethiopian government has since November been carrying out a military campaign in its Tigray region, which borders Sudan. Civil society groups in Sudan told CNN they feared the escalating tensions between the two countries would only serve to further fracture the region.
More than 45,000 refugees have fled Ethiopia’s Tigray region into Sudan since the conflict began, according to the UN refugee agency.

CNN’s Sarah Dean and Eoin McSweeney contributed to this report