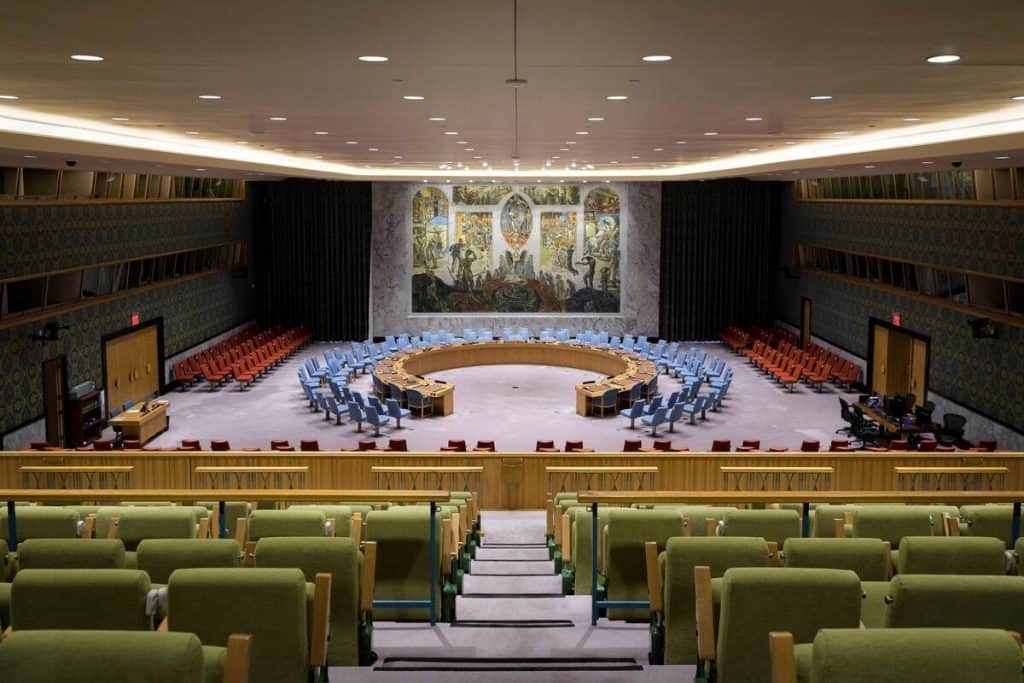 Regarding the situations in Ethiopia specifically a misguided report of the state in Tigray region:

A nation of unjust to its own citizens has no slight moral responsibility to criticize and defend human rights somewhere else.

First, the presence of Russia and China in a permanent member sit of Security Council of UN is highly appreciated, and without these countries the world peace would be in a disaster, and India’s decision is indeed highly valued.

War is the most heinous, dehumanizing acts in human history. It is not only destroys lives but also abolishes historical structures, diminishes economy and the spirit of humanity. The situations in Syria and Yemen is an excellent example of on going destructions.

In Ethiopia, Tigray Liberation Front (TPLF) is a terrorist organizations assumed power by the blessing of United States and United Kingdom diplomats in 1990. TPLF had lost power in 2018 by mass uprising. The new government led by Abiy Ahmed had offered them full rights to keep their business empires and political power in spite of all despicable crimes TPLF committed in the country.

Few among many human rights perpetrators of TPLF central committee members living in western countries are Siye Abraha, Tedros A. Ghebreyesus (working at world health organization) who committed series crime against Amhara women and children, including injecting HIV/AIDs virus, and Berhane Gebre-Christos who was an ambassador in Washington, the USA accused by his legal wife of cheating and settled with a payment of $6,000,000.

TPLF’s crimes against humanity started during its guerilla warfare against Welkait Amhara, not only mass killings but children were prohibited to learn their language in schools, adults were not permitted to speak their mother tongue (Amharic), and men were killed and forced to leave the country, and women forced to bear their children to change a demography and Welkait land had been given to TPLF fighters. The same situations had taken place in Raya society. Just recently, thousands were murder. The United Nations Security Council and Human Rights organizations are responsible for the crises and death of thousands of Ethiopians murdered by TPLF would purposefully defending and protecting this evil organization.

Mass murder including throwing live person off the cliff in Hararghe, massacre in Arsi, a carnage at Assosa, Welega in a rehabilitations center’s massacre of Amharas is a well-documented crime against humanity committed by TPLF. In its inception, TPLF’s political manifesto clearly written to annihilate Amhara ethnic group and destroy Orthodox Church. Nevertheless, no Ethiopians, including Christians and Muslims were immune to TPLF’s crimes for 28 years.

As TPLF was assumed power in Addis Ababa, mass murder in Ogaden (Somali) region, Gambela, Oromo, Afar and other regions continued. Ethnic Amhara and others lived as a second citizens deprived of economic development while mass murder unabated. It is sad, no one know exactly the crime TPLF had committed against the Tigray people because it was knotted the society in a one to five system to conceal information. For example, right before TPLF slaughtered soldieries who were stationed in Tigray to keep their peace, as well serving farmers collect their harvest. There were huge demonstrations in Mekele town against TPLF accused of raping women. The accusers were identified by name including a man who raped over 20 women. But no justice had been served.

Why all in sadden the United Nations and its Human Rights branch crying now? Where were they all 28 years when Ethiopians and friends of Ethiopia demonstrated on the western countries’ streets condemning and exposing TPLF’s crimes? The answerer is obvious, TPLF has stolen billions of dollars, from the country, and a portion of this money went out to bribe western individuals and organizations including journalists to hide its crimes. Some of the money went further and shamefully to those individuals with close ties to the so-called democratic governments. There are dishonest human rights advocates like Amnesty International that has been infiltrated by TPLF’s members to falsify the truth, and including some international media, maybe paid or incompetent with journalism integrity are serving TPLF murderers.

TPLF is not only a terrorist political organization, it is also a mafia operative that exploited the country’s resources including foreign loans and aid money that being divided among its elites and kept in different western banks. Their children were sent to western countries living in an extraordinarily life. These days, it is their turn rolling over in mud on western streets for demonstrations.

Blaming the Ethiopian government would send very bad precedency to other nations. Is there any country in the world that accept its solders to be murdered with no combat engagement? It was TPLF that attacked and murdered soldieries while they were resting in their garrison after helping the Tigrean farmers a whole day. The Ethiopian government has all the rights defending the integrity of the country.

Regional Integration for Peace and Development in the Horn of Africa